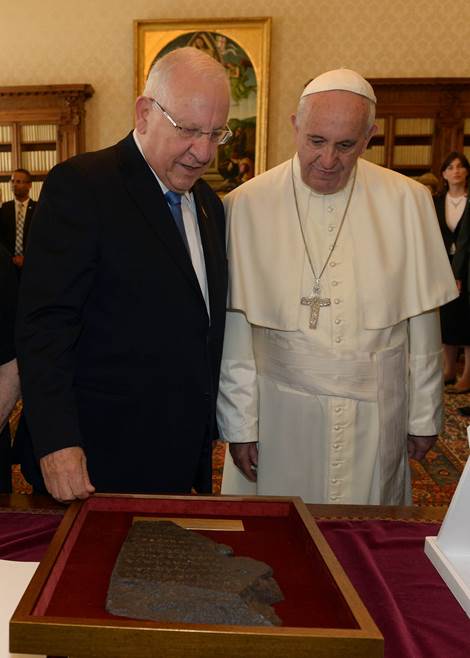 According to the Israel Ministry of Foreign Affairs, in honor of Pope Francis’ visit, President Rivlin gave him a copy of what appears to be the Tel Dan Stele — the inscription that famously mentions the “House of David”.