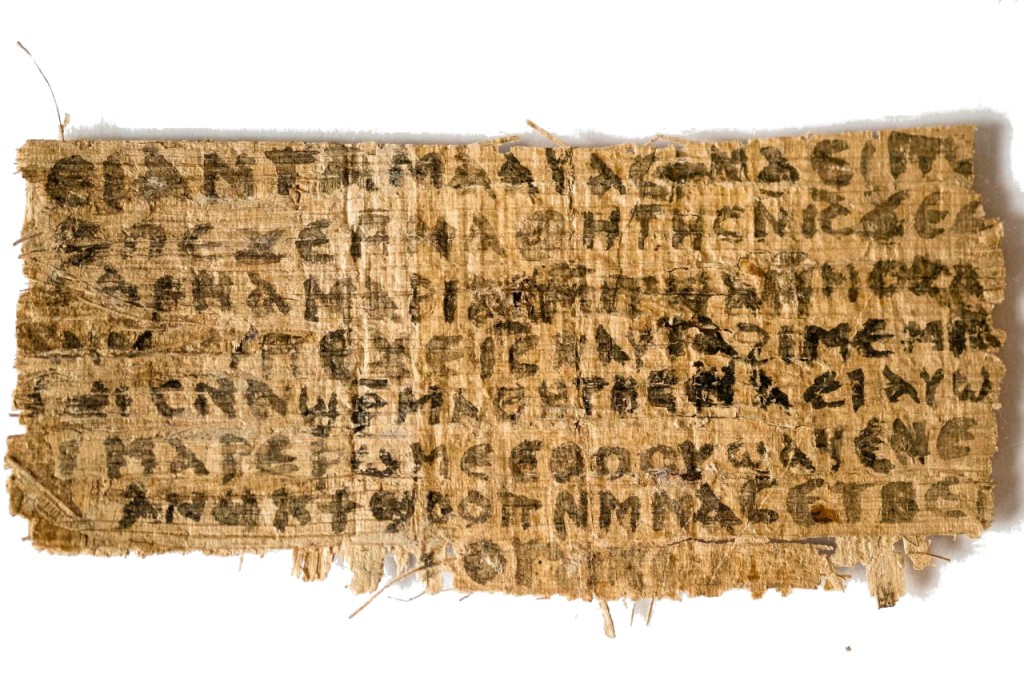 There has been some confusion expressed to me about the recent revelations from Christian Askeland (and further explained by Alin Suciu) about the Gospel of John fragment and how it eliminates any possibility of authenticity for the Gospel of Jesus’ Wife.

Allow me to break it down into simplified and easy-to-understand bullet points:

So this means that even though both the Gospel of John fragment and the Gospel of Jesus’ Wife are indeed made from ancient materials — as carbon dating shows — they are without a doubt modern forgeries.

This is why comparative analysis is so very important.

Although it’s not Aramaic, by now you’ve probably heard about the Coptic fragment from the 4th Century that mentions Jesus talking about his wife. I’d like to share the above YouTube video about it which features Dr. Karen L. King (of The Gospel of Judas fame) who was the primary figure behind its discovery and describes her findings magnificently.

Also, for the record, *this* is how you properly discuss a new discovery. Bravo Dr. King. Bravo! 🙂

So, there’s been a new development concerning the Lead Codices where the Jordinian Government apparently has seized several of them.

In the article that announced this, the Jordinian Department of Antiquities Director Ziad Saad, is quoted saying,

Overall, Saad’s words surprise me. There really hasn’t been anyone who thinks they are “very genuine.” The consensus among scholars and expert bloggers has been that they’re fakes from the very beginning.

Jim Davila has already voiced his opinions about this latest development as well as a lengthy list of the evidences against it. Looking over everything, Saad’s declaration of this consensus as “premature” is (in my opinion) refusing to call a spade a spade. The only shred of hope, at this point, for anything truly genuine is to investigate the pieces that haven’t been photographed yet.

So here’s where I’d like to share a funny thing I’ve been mulling over. I’ve come across a couple of characters on one of the plates which are certainly not Aramaic or Hebrew. 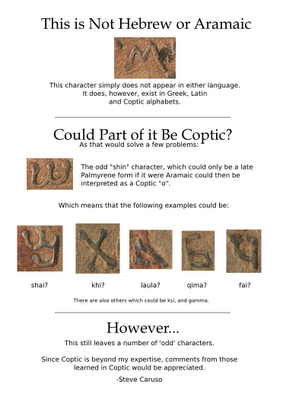 The only thing that it seems it could match would be Coptic, and if parts of this are in Coptic it would suggest that the initial claims by Elkington about their source were true (i.e. that they came from Egypt, and not Jordan).

Which would make the Jordinian Government seizing them look very, very silly.

However, since Coptic is a bit beyond my expertise, I’d love to hear some more learned opinions on this matter. 🙂

UPDATE May 2nd: I, showing how much I actually know about Coptic, didn’t get the dates right. 🙂

UPDATE May 2nd #2: I’ve contacted a few Coptic scholars about this and I’m waiting to hear back.