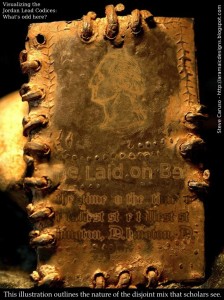 When trying to explain the rather disjoint collection of stamped scripts and iconography that are found on the faces of the Jordan Lead Codices, I believe that a picture is worth a thousand words. As such, I have put together the following visualization which I believe can express to the average person (who is not familiar with the requisite linguistic and iconographic features) “what scholars see” when they look at the codices by using more familiar imagery.

Click to enlarge it, and 50 points to whoever identifies where all the component parts come from.

The level of difficulty for each piece increases from top to bottom, so stay sharp! 🙂 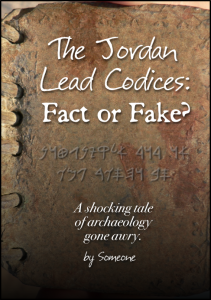 And now all somebody has to do is write it.

50 points to whomever can decipher the subtitle. It’s a toughie. 🙂 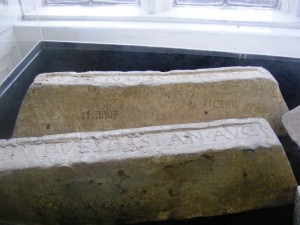 (Ancient Roman lead ingots. One of the most abundant metals of the 1st century.)

As a greater number of pictures of the codices surface — in addition to other numerous points of evidence discussed by others — virtually every specimen revealed can be discounted as a forgery outright as we see various patterns emerge regarding their construction.

Directly to the point: Each plate thus far has shown itself to be a collage of identical master pattern “stamps” of text arranged in such a manner to make each set seem like a full document rather than a collection of component pieces.

Peter Davies and Dan McClellan have expounded upon this, discussing the “ornamental,” repetitive nature of some of the inscriptions and the limited number of graphemes, but in this article I would like to give a bit of visual analysis and propose that the “atomic units” of these texts are  in fact these full “stamps” (rather than individual words) and that their use is predictable to the point that (a) we may use them to fully “reconstruct” parts of the plates that are nearly illegible and (b) use them as a yardstick to gauge a number of facts about their manufacture.

Taking inventory of the characters on one of the clearest images of the plates to date, there is a distinct repetition in two places. Separating the sequences out, we get the following: 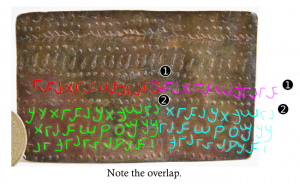 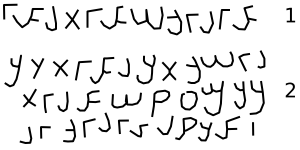 (Note that the ticks above the first pattern seem to be part of the same sequence, but for the sake of this article, the focus shall be upon the text, alone.)

Each place that these sequences appear we find that they are *identical* down to each grain and bump in the written strokes of the text. Given that the metallurgical analysis indicated that one of them was cast in clay (or sand cast if clay was used as the binder), it enables the strong possibility that each instance of these sequences was created by a master pattern “stamp” pressed into the casting medium.

Another possibility that can produce this same effect include hammering on the opposite side of a sheet of lead into a mold and given some photographs taken of the back sides of some of the plates, hammering may well have been used for some specimens. 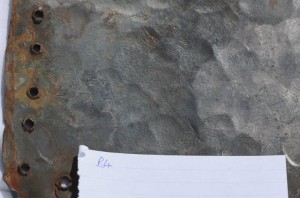 (An example of the hammering pattern on the back of a plate. Note how there is evidence of text on the face of this plate that has been hammered out.)

Writing Much But Saying Little

Now, do these sequences occur on any other plates? Unsurprisingly yes, and how they appear also shows us something more: 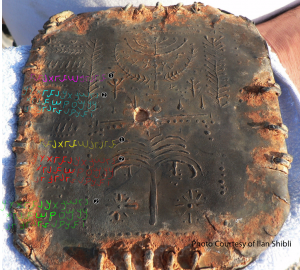 We can see that in some of the larger plates that they are staggered in such a way to look like a unique sequence of text. This staggered pattern directly demonstrates that there is no attempt to preserve word order of the text itself. To do so, one would have to wrap each individual line until the sequence of characters was complete and this is how it appears on genuine inscriptions, no matter how messy, as it is the recording of the semantic content that is the focus of the exercise.

Because of this regularity and pattern, it demonstrates that the “stamps” are the casting unit rather than the “text” itself that is in them.

Further evidence of this are cases where “stamps” were stamped more than once on top of each other into the casting medium (in numanistics this kind of duplication is known as a “doubled die,” granted that it is primarily used in the context of die casting): 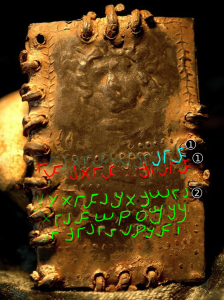 Finally, there are many examples of very poorly corroded plates where one can only make out only a few symbols. However, if we can match the characters we *can* see with corresponding characters in known “stamps,” we find that the text matches up perfectly with both visible and partially-legible characters, showing that these plates too were cast using the same impressions in their mold. 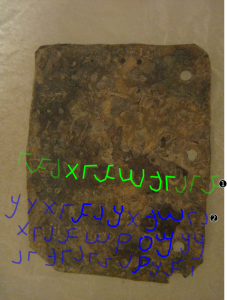 Even on the codices that Elkington is claiming are “real” on the Facebook page we see the same stamped patterns, visible through the corrosion.
The Jordan Codices administrator writes:

This is a frontal view of the same codex. Here we can see the Tree of Life, indicative of the figure of Wisdom, but also symbolic of the Royal House of King David. The presence of Eight-pointed stars, left and right tells us that the Messiah is expected – the stars are symbols of the messiah and of the King-High Priest, Melchizedek.

However, on this plate, the two sequences I’ve outlined show up in a way consistent with the other plates. There are also at least two new sequences (in a slightly different hand) interspersed with them  in an apparent attempt to make the same text look different, expanding it as one would use lorem ipsum.

Are there other examples “stamps” that we can identify shared in common amongst the other plates? Yes, several. In the following section I shall outline a few of them and expand upon this list as time permits:

(A motif taken from an Herodian coin. These two images are from two separate codex plates.)

We can see that the text itself was not understood by the individual who created these plates, and that all of the plates we have seen so far share these identical, mass-produced elements. Given this and previous evidences previously presented by myself and others, if any of these “Jordan Codices” are genuine, they must remain amongst those that have not yet been photographed. (However realistically, hope for such a find is all but dead.)

In a future article, I will outline the disparities in handwriting between the individual “stamps” showing that each unit is not contemporaneous with its brothers and sisters, taken from different eras (another very strong evidence of forgery).

UPDATE Aug 31: I’ve added section headings to make it easier to read and have added an example from a plate displayed on the Facebook page as genuine. 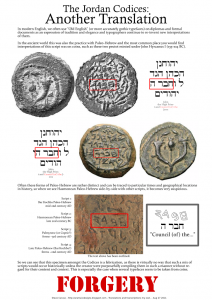 Going on the coin inscription lead, I came across a sequence of characters lifted nonsensically from the prutot of John Hyrcanus I (135-104 BC). 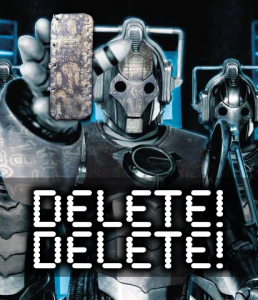 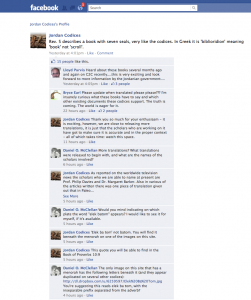 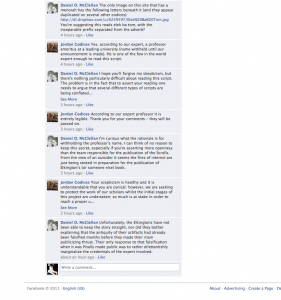 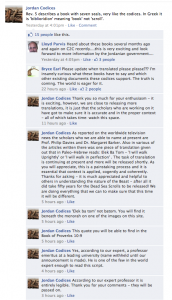 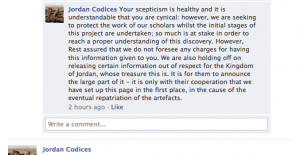 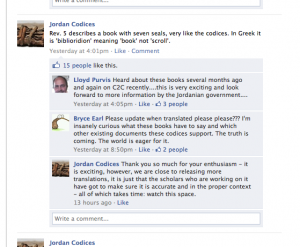