Early Galilean Aramaic, the mother tongue of Jesus, is a language that has all but fallen into obscurity. It is perhaps one of the least understood of the ancient Aramaic dialects and is very distinct.

Galilean Aramaic (increasingly referred to as Jewish Palestinian Aramaic) is a Western dialect of Aramaic. Its closest contemporary cousins were Samaritan Aramaic and Christian Palestinian Aramaic (CPA), all of which share similar features. While there are a number of modern Eastern Aramaic dialects, the only dialect of Western Aramaic that survives to this day is spoken in the three villages of Ma’loula, Bakh’a, and Jub’addin in Syria (collectively known as the Ma’loula dialect). Sadly with current events and violence in the middle east, the fate of this dialect is uncertain.

Galilean was so very distinct from other contemporary dialects spoken during Jesus’ lifetime, such as Judean Aramaic, that a Galilean could be told apart simply by their speech. Indeed we find this very thing happening in the New Testament: 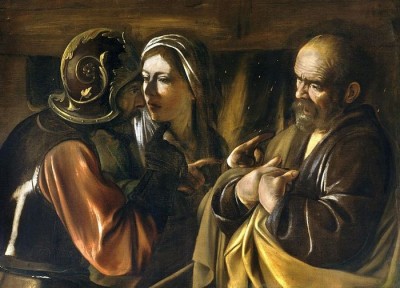 The Denial of Peter by Caravaggio

“After a little while the bystanders came up and said to Peter, ‘Certainly you are also one of them, for your accent betrays you.'” – Matthew 26:73

Because of how Galileans spoke differently, early Judean Rabbis thought poorly of them, accusing them of “sloppy speech.” There are several anecdotes in the Talmud Bavli (the “Babylonian Talmud”) where Galileans are mocked due to how they didn’t distinguish between certain consonants and vowels — sounds that were much more distinct and articulate in the prevalent Judean/Babylonian dialect. One such story even forbid Galileans from speaking in the Temple for fear that they might mispronounce something and offend God Himself!

However, despite these differences, after the fall of the Temple in 70 AD, there was a large migration of rabbis from Judea into Galilee, and that is when the dialect flourished. Great works such as Talmud Yerushalemi (the “Palestinian Talmud”) and the Rabba series of Jewish Biblical commentary were penned, and large schools were founded. The era of “Classical” Galilean (the “granddaughter dialect” to that which Jesus spoke) began and it continued into the Byzantine period. 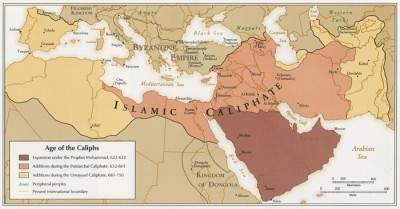 The reach of the Caliphate.

Sadly, in the 600s AD with the rise of the first Patriarchal Caliphate, Galilean was quickly supplanted as the everyday language in Galilee by Arabic, and the linguistically “orphaned” Western, Galilean texts soon fell into the hands of Eastern Aramaic-speaking scribes for preservation.

As these scribes transmitted and re-copied these texts over the next thousand years, they were amazed at how many “errors” they found in them. They took it upon themselves to freely correct the spelling and grammar mistakes wherever they came across them. At the time, they did not realize that most of these “errors” were not mistakes at all, but were proper Galilean Aramaic.

It was not until the discovery of Galilean manuscripts in a genizah in Cairo, Egypt that scholars had realized what had happened. A genizah for all intents and purposes, is a manuscript “cemetery” where old, worn-out manuscripts were retired and eventually ceremonially buried. These old manuscripts displayed “uncorrected” features that made sense of a number of curiosities about Galilean that scholars had been pondering over for a very long time. From there, they were able to paint a better picture about the dialect. 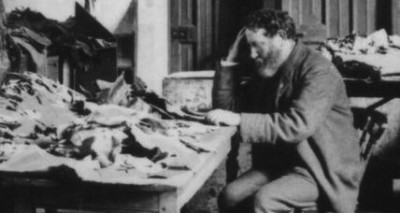 These particular discoveries about Galilean are so recent (most made in the past ~50 years) that to this day, nearly every grammar written on the Galilean dialect to date (Dalman, Oderberg, Stevenson, Levias, Marshall, etc.) has fallen victim to these corrupt “corrections.” The two grammars that are based upon sound principles (Fassberg and Sokoloff) are based on translational language and are not available in English respectively. There is still no properly articulated syntax.

This means that anyone who wants to learn Galilean has a huge task ahead of them, and must first learn classical Aramaic dialects before turning to a more holographic approach and hard-to find resources. Even today, Galilean tends to give scholars who are more familiar with the more prolific Eastern Aramaic dialects pause with its unusual spelling, vocabulary, and grammar.

AramaicNT.org has started online Galilean Aramaic classes in an effort to help preservation efforts.
Click here to learn more or view the video below:

4 thoughts on “What is Galilean Aramaic?”