On The Biblioblog Reference Library: 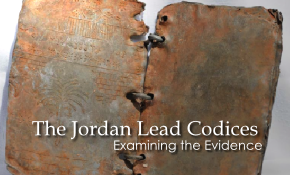 In early March 2011 the media reported upon an amazing discovery: Twenty to seventy codices, cast in lead, that potentially held untold secrets about early Christianity. However, from the very beginning something about the discovery appeared improper. Over the course of seven months, an informal group of Bibliobloggers (scholars and students who blog about Biblical Studies) took the time to form a private email list to investigate and discuss the objects and the people behind them. This page serves as a place to showcase their collective insights.

The current consensus is that the Jordan Codices released to date are not authentic.