Over on Ralph The Sacred River, there is a neat discussion about recent Aramaic sightings in fiction (books & TV).:

I was surprised, though, to hear Aramaic used in the scripts of the series Spartacus on the Starz network. The series (now defunct, I understand) narrates the “lives and loves” of characters in an ancient gladiatorial training academy, and makes liberal use of cable TV’s license to display nudity and use profanity. Interestingly, beginning in the second season, a number of foreign gladiators enter the “ludus”: Ashur and Dagan, “a hulking Syrian.” The Romans speak English — the producers apparently unwilling to emulate Gibson and put Latin in their mouths — but not these new guys. They speak potty-mouthed Aramaic.

A couple of fun things about curious word choices when a translator comes up against a phrase they cannot translate very well… such as profanity. However, there is plenty of good Aramaic profanity floating around — given most of it doesn’t translate well into English without some explanation.

Ed also goes to show that not all Aramaic is equal, due to some vocabulary choices. 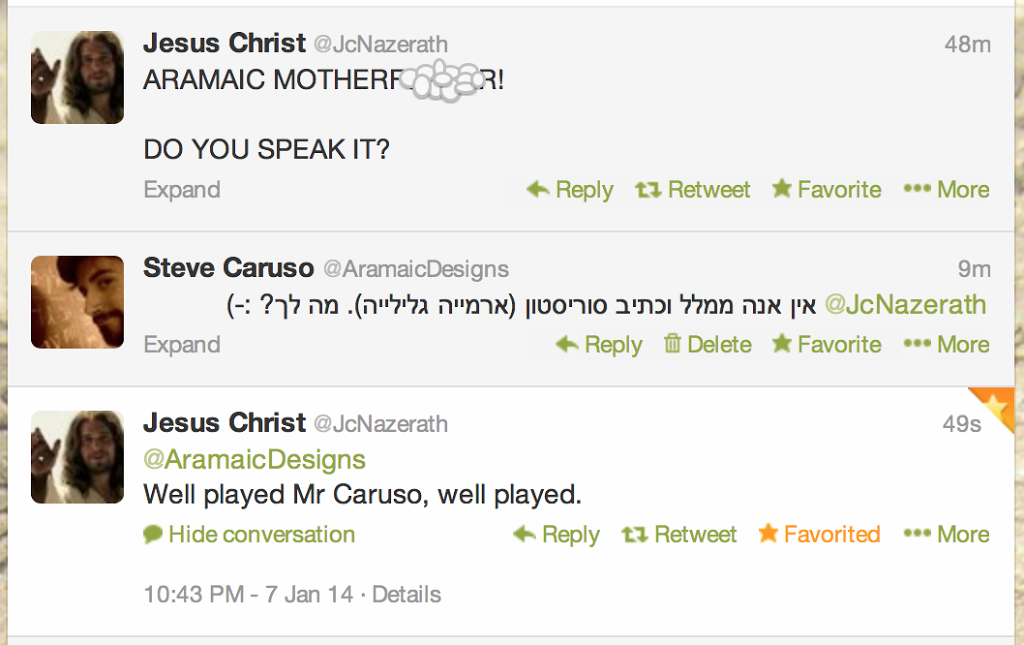 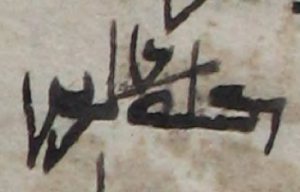 For those of you who aren’t familiar with the Mandaic alphabet, here’s a better illustration: 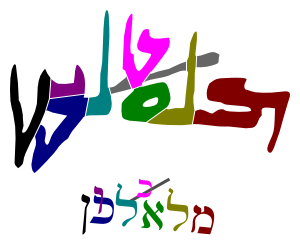 Quite sloppy. I’m still trying to figure out how to represent this with sigla…

Luckily the scribe just gave up and re-wrote it from scratch as the next word. 🙂

UPDATE: Here’s how it looked in the manuscript where we can see that the scribe just gave up and started over:

Over on Our Mechanical Brain there is a good example of how even the most well-respected companies can make mistakes… and why one should always check up on what their marketing departments are up to.

That’s the song “Let it snow, let it snow, let it snow” with “snow” translated into German, Dutch and Swedish, respectively.
What she means is that they’ve taken the noun form of snow in all three languages, rather than the verb. Which is embarrassing enough for a company trying to sell you language learning software. But it gets better: the press release for the campaign has now been corrected for one word (“sneeuw” > “sneeuwen”), but not the other two

Such goofs are what I affectionately call “dictionary translations” as they happen when someone who is not very familiar with a language looks up the words they think they need in a dictionary and copies them down without understanding their context. Sadly, I come across these about once or twice every few weeks.

Within my niche, the biggest problem is that most people trained in Aramaic have learned it from the angle translating *from* Aramaic to their own language. In fact many times they can be quite good at doing so. When they try to translate *from* their own language *into* Aramaic, problems arise as they have not learned Aramaic *composition.*

Adjectives are used as adverbs, nouns swapping with verbs, obscure and lightly attested words are used in place of more common ones whose use is buried in their dictionary entries, and simple rules of grammar are misapplied.

“Just enough rope,” as they say.

I also had another really good example, also a few years back,  where someone had asked (from a “translator” who I’ve dealt with before) for “Love to dance” and was given “love, dancing” instead, but I cannot for the life of me find it.

Anyways, this is the exact same thing that happened with Rosetta’s marketing department (who are apparently marketers and not translators) and given how much they pay them, that’s a real shame. Just goes to show you that it can happen to anyone.

(Hopefully not me, though. For the most part I should know better. 🙂 )

PS: Just for fun, I’ve included one misake on purpose in this post for you to find. Comment when you’ve noticed it (but don’t give it away). 🙂