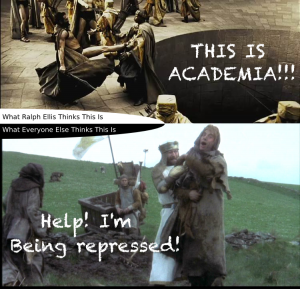 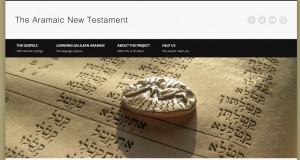 So in the course of working on my dictionary, I came across something interesting that only tends to happen in Galilean Aramaic.

In the Hebrew of Leviticus 19:18 we see the famous second half of The Great Commandment very closely related to the Golden Rule:

וְאָֽהַבְתָּ לְרֵעֲךָ כָּמוֹךָ
ve-ahavat le-re’aka ka-moka
“And you shall love your neighbor as yourself.”
Which was repeated as a saying of Jesus not only in the Gospels (specifically Matthew, Mark, and Luke) but by Paul (Romans, Galatians) and even James. It has also been discussed by early Jewish sages such as Akivah and Hillel, and is a common theme for the summation of the teachings of Jewish Law.
However, we can see from it’s wide attestation among Jesus’ early followers that it had a very special place in the early Christian movement. Why? Despite the obvious power of such a sentiment on its own, I believe I may have found an additional reason why it “stuck” in so many places.
Very often puns and alliteration are used as a means to remember things. It makes them memorable and easy to recall (sometimes even get stuck in your head).
If you were to render “You shall love your neighbor as yourself” into early Galilean Aramaic, it would come out similarly to:
תירכם למגירך כגרמך
tirham le-magirak ke-garmak
“Neighbor” is from the root MGR where “self” was from GRM. Quite alliterative, and quite an interesting oratory twist on the traditional commandment with a slight re-shuffling of the root.
Another amusing note is that this is something that so-called “Peshitta Primacists” have overlooked, as in Syriac this passage is traditionally rendered as:
ܬܚܒ ܠܩܪܝܒܟ ܐܝܟ ܢܦܫܟ
tehav la-qaribak ‘ayk nafshak
As you can see, there is no such pun or alliteration in the traditional Syriac Peshitta rendering, as the words necessary to do so have different meanings between the two dialects.
Where in most Aramaic dialects, qariba can be used as an adjective or substantive to denote things that are “near,” in Classical Syriac its meaning extended to “neighbor” where in Galilean it extended to mean “relation” as in one’s family members. Where both dialects share the sense of “near” these two additional meanings to not intersect between them.
Similarly, nafsha in most Aramaic dialects denotes the “self” or “soul.” In Classical Syriac it’s almost exclusively used as the reflexive pronoun by use of the appropriate pronominal suffix (nafshi = “myself”, nafsheh = “himself”, nafshah = “herself” etc.). In Galilean, however, where the first person reflexive is commonly with nafsha (i.e. as nafshi = “myself”), the word garma (literally “bone”) is significantly preferred (garmeh = “himself”, garmah = “herself” etc.).
Anyways, these are just my initial impressions over something I tripped over quite by accident that may or may not prove to be significant. More thoughts on this later.
Peace,
-Steve I came across an interesting tweet on Twitter today, culled from my large Aramaic-seeking nets that wasn’t completely a match for the Aramaic Blog’s regular musings. However it was too long to retweet, so I’ve decided to post it here instead for everyone’s enjoyment:

From messianicisrael on Fri 19 Feb 10:47 AM EST via Facebook:

It seems that when technologies don’t mesh quite right…

We now return you to your regular Aramaic blogging. 🙂 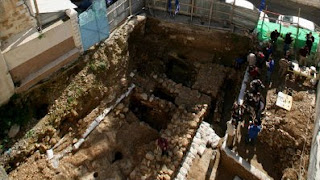 While not strictly Aramaic-related, check out this magnificent find that just was unearthed in Nazareth. Hopefully I’ll be able to finish my third installment in the Tattoo eBook debacle some time today. 🙂